← more from
Apron Records
Get fresh music recommendations delivered to your inbox every Friday.
We've updated our Terms of Use. You can review the changes here. 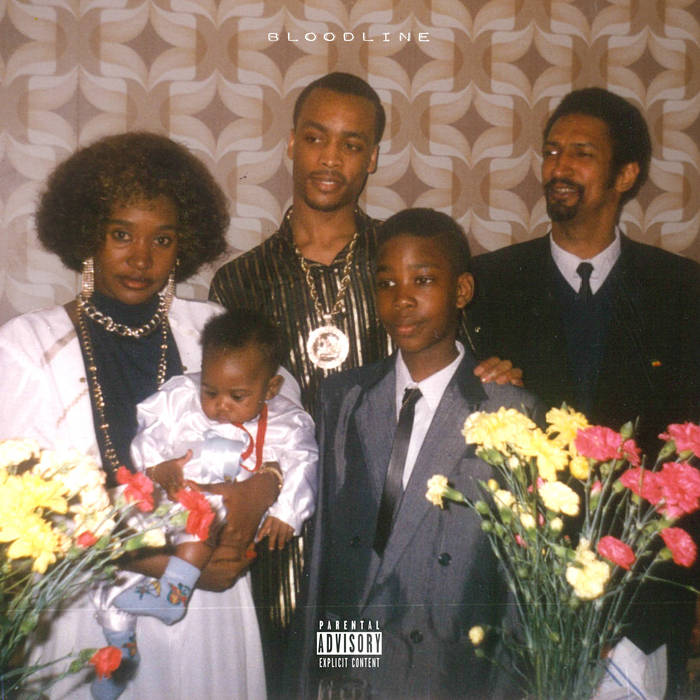 “Steven Julien is on a hell of a creative run.” - NPR
“It’s easy to make moody electronic music, but it’s harder, and riskier, to pull off something as stark as “Fallen.” - Pitchfork
“Julien's most musically accomplished work to date.” - RA
“..one of the capital’s most promising electronic artists of the last half decade.” - FACT

London based artist and DJ Steven Julien (also known as FunkinEven) will release his new mini-LP ‘Bloodline’ this April on his Apron Records imprint.

The new release features 7 tracks and follows Julien’s critically acclaimed debut album, Fallen. Released in 2016, the autobiographical LP was a bold new direction for Julien, and the first release under his birth name. Over the years, the Apron Records boss’ bold, experimental electronics, jagged club cuts and outside-the-box collaborations have seen him carve out a lane all of his own making. His debut LP was divided into two musically contrasting sides, and told the tale of a fallen angel though jazz-fusion, chiming soundscapes and dark acid-tinged techno.

Since his album release, Julien has continued his creative streak by playing across the globe, from Tokyo, Seoul and Shanghai to Montreal and Melbourne, and further developing his label, which released a string of underground 12”s in 2017 from the likes of Max Graef, Hanna, Molinaro and more.

On ‘Bloodline’, Steven continues the soundtrack style mood of ‘Fallen’ – channeling ominous analog techno, drifting synth-house masterpieces, warm soul and hints of new age. Both the title and artwork is a nod to the influence of Julien’s family on his rich musical world and distinct nonconformist style, explaining how: “the influence my family has given me growing up and my ancestors from Africa to native Indians from the Caribbean, has all played a big part in the music I create.”

Recorded in Apron Studios based in East London, each track on ‘Bloodline’ also features a tr808 or a piece of a 808, as a dedication to the iconic Japanese engineer Ikutaro Kakehashi, who passed away April 2017. The much-loved Roland founder and TR-808 creator revolutionised electronic music in the 1980s and 90s.

Bandcamp Daily  your guide to the world of Bandcamp

Quelle Chris joins the show to discuss his most recent release, "DEATHFAME"